The limited-edition IPAs dubbed Epic Duel have packaging that creates a wonderfully competitive narrative. Designed by Matt Erickson, each can have a distinct personality yet is part of a bigger storyline. The intricate illustrations and lack of typography help create a lovely visual packaging design that’s effusive of the brewery’s fun-spirited attitude. 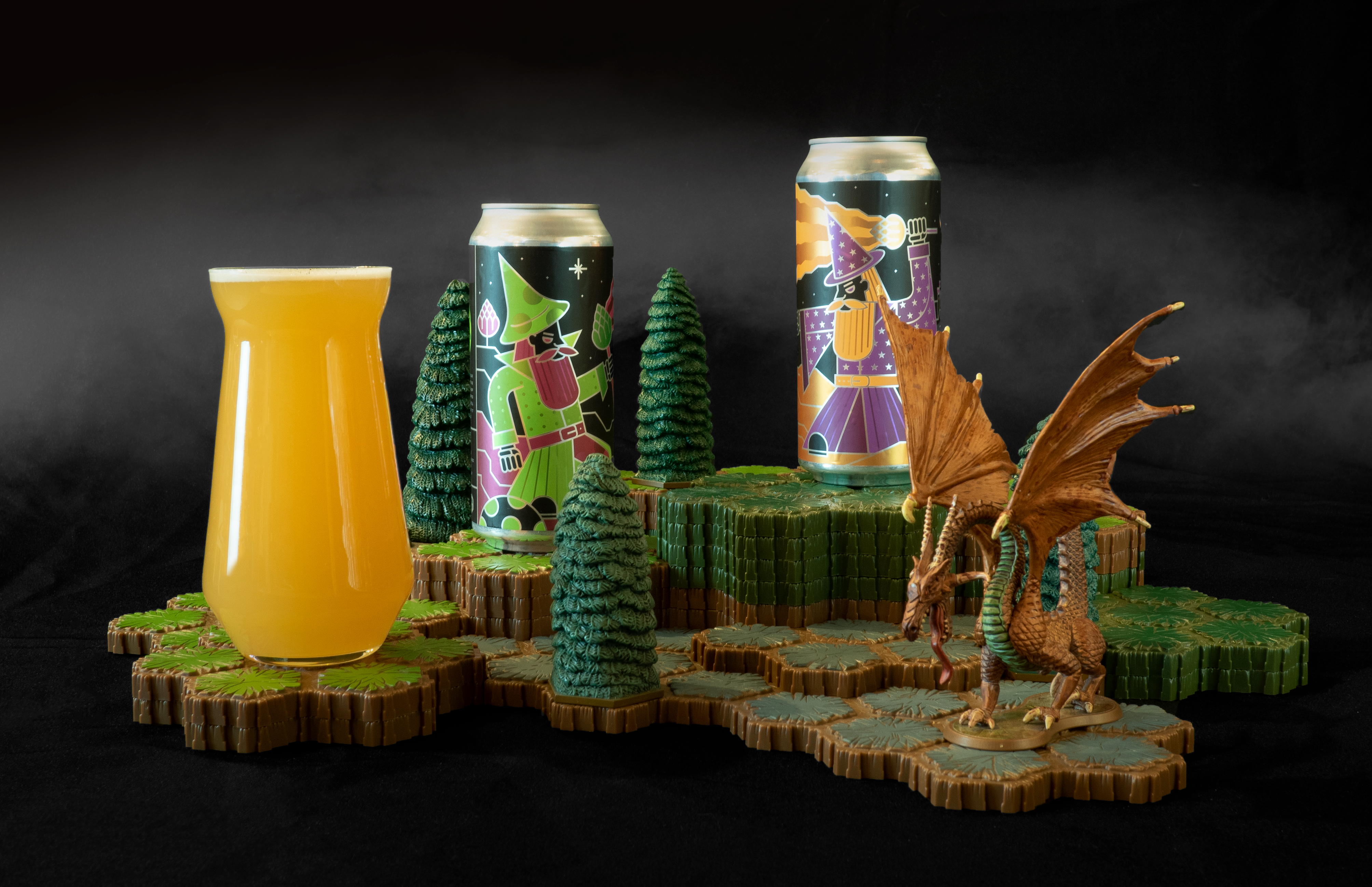 56 Brewing is a brewery located in Minneapolis, Minnesota. With a wide range of offerings, and local following for IPAs and Sours, the brewery aims to be “crafting community, one beer at a time.” Starting as a small garage brewery in 2014, 56 grown into a larger operation, complete with a welcoming neighborhood taproom environment and a 3-state distribution footprint.

Epic Duel is a set of two distinct special-release beers packaged in 16oz cans. These double dry-hopped New England style double IPAs were each crafted to showcase a single hop and highlight their individual characteristics. The two hop varietals chosen were Strata and Sultana. The approach to the packaging was to create an engaging narrative about a showdown between these two hops. Thus, “Epic Duel” was concocted as “the epic hop battle of our age.” Two individual personalities were developed for each beer. Each expression features a wizard and its respective scene to add some richness to the battling beers.