The Labelmaker’s packaging design for Find Me Wines is a breath of fresh air. Utterly simple, yet the central theme of showcasing the winery’s coordinates shines through the design. The paper used for the coordinates changes levels of transparency based on how the light shines. This effect creates visual interestest in an elegantly minimal way. 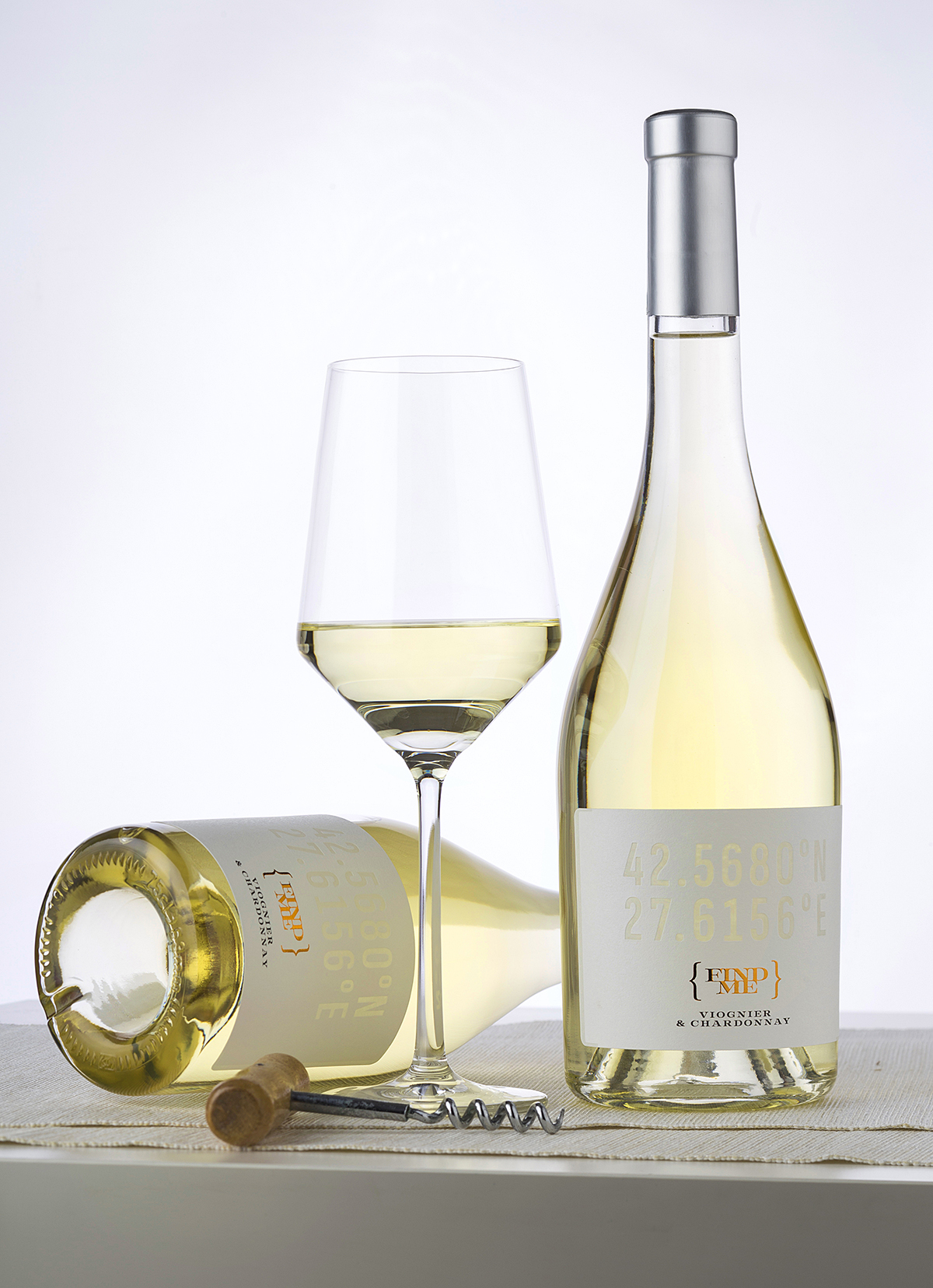 A Minimalist Unconventional Label Design for Premium Wines Find Me is one of the most unusual projects I’ve been involved in lately. The name itself is the winner of a competition organized by my client – Black Sea Gold, Pomorie.

From the very beginning, this was a real challenge and it took me a while to get used to and make sense of the idea behind the brand. In fact, it turned out that it could mean many things at once – from objects in real life to abstractions. This immediately influenced my creativity and I was able to design many different proposals. Naturally, this further changed the whole conversation, because we had a lot more than one favorite design option. 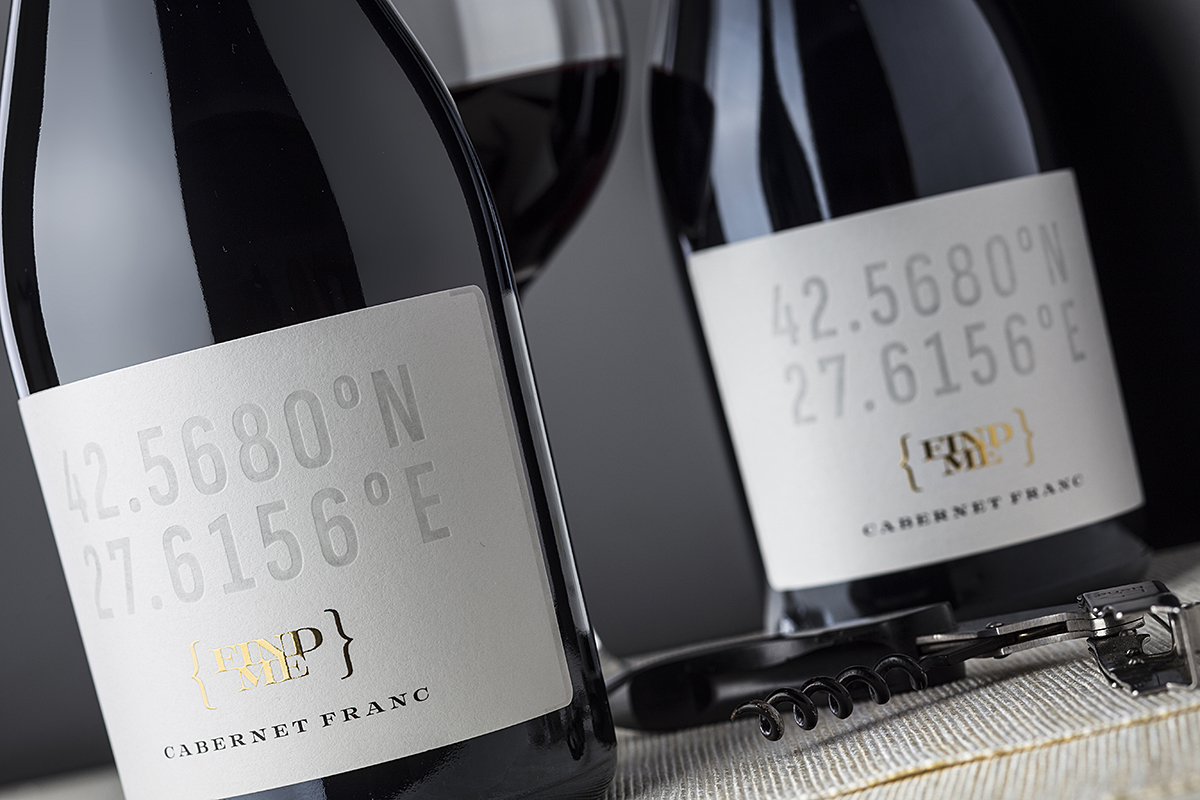 In the end, after a lot of discussions, we settled on the version in which the main theme is presented by writing the GPS coordinates of the winery. Since the whole process was extremely unusual from the very beginning, we decided to transfer this feature to the design itself. First, we chose a great bottle of Saverglass, which even without a label attracts special attention and admiration. The next step took me a while – choosing paper has always been a very special process for me, going hand in hand with the design flow at each stage.

As I said, this project was very unusual and special and so was my attitude towards paper. I think I chose the most special one I could think of – Moonlight by Fedrigoni. This is the only paper that changes its level of transparency in a controlled way. This is exactly the effect I decided to use to write the coordinates in the top half of the design – under normal conditions they look a little darker and debossed, and when there is backlight, they become translucent, while the background around them remains white and opaque. Great effect, especially when you have white and rose wines in clear glass. Below the coordinates, I placed the Find Me logo, printed with embossed foil in different color for each type of wine. The bottle is sealed with a cork and a neutral matte silver capsule. 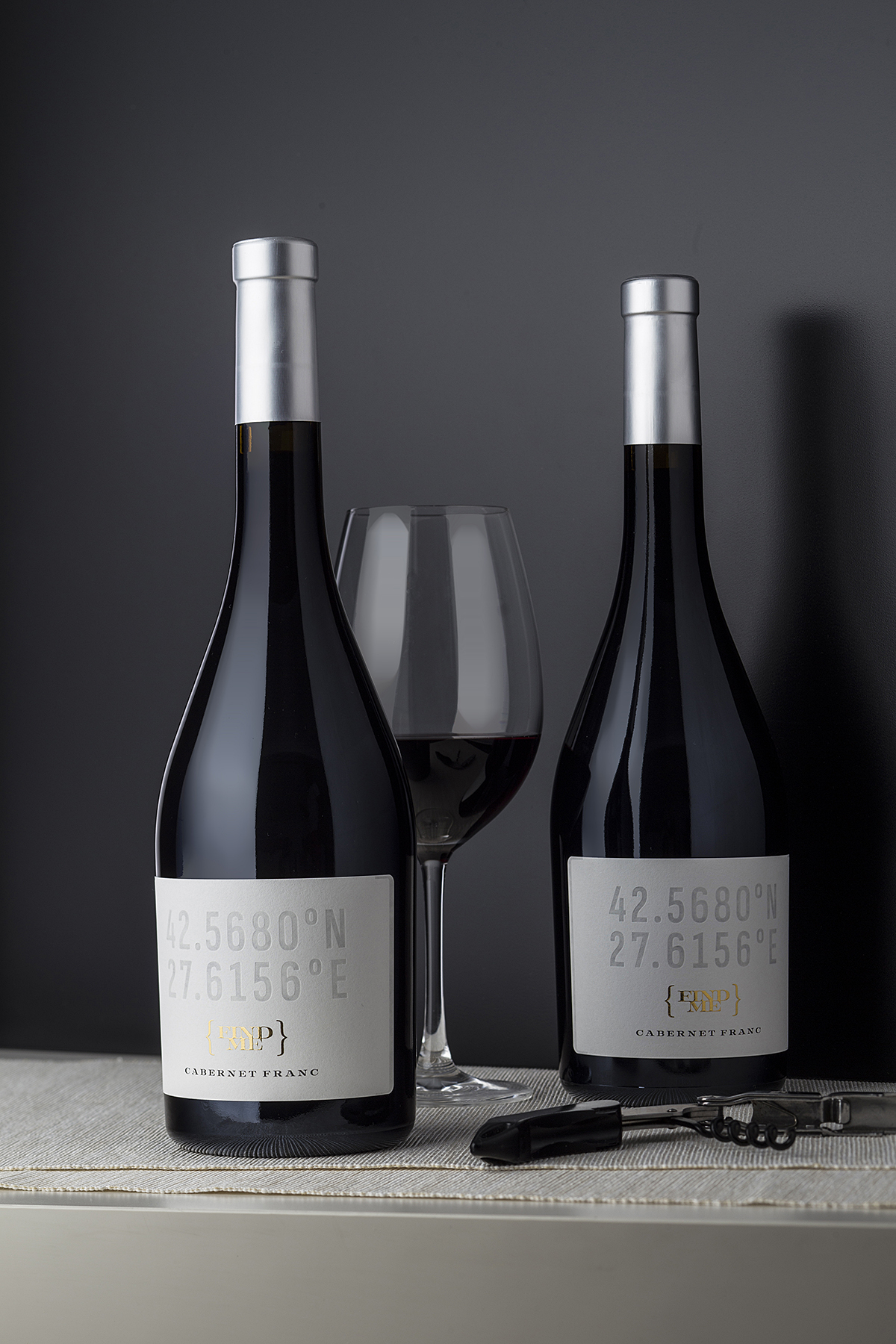 My experience with this project has confronted me with many unknown features that I have not had experience with so far. I received invaluable help and assistance from my colleagues at Dagaprint, who once again gave their best in the printing process. Minimalist, clean, mysterious and unconventional – these are the words I would use to describe Find Me. A new wine brand that not only presents a series of great wines, but also with its vision changes the established notions of wine label.